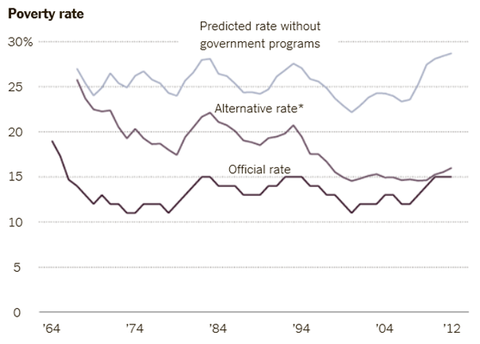 “The data clearly show that anti-poverty policies have been effective, but they’ve had to work harder in the face of increasing economic challenges facing low-income families. We could try to push the safety net further, but the politics aren’t there, to say the least. Moreover, unless we do more to deal with the underlying structural problems in the economy that are increasing poverty — especially the lack of decently paying jobs, which I link closely to the absence of full employment — we’ll have to increasingly ratchet up government support year after year.”